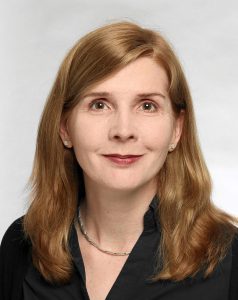 Dr. Gundula Gahlen is a research associate within the department of modern history at the Free University Berlin. Her research interests include military history from the 18th to the 20th century, ‘collective biography’, the history of experience and the history of medicine. Gahlen’s dissertation addressed the Bavarian officer corps from 1815 to 1866. After this, Dr. Gahlen was research associate in the DFG research project “The First World War in the Balkans” and investigated German soldiers’ experiences of war in Romania. Her current research project explores the topic “Mentally Traumatized Officers of World War One in Germany”.

PD Dr. Stefan Minkov is head of the Center for Military History and Archaeology at Konstantin-Preslavski University, Bulgaria. His research topics include the Triple Entente occupying forces in Bulgaria from 1918 to 1920 and the Bulgarian and German military administration in Dobruja during the First World War.
Dr. Minkov was a project partner in the German-Bulgarian DFG-Project “The First World War in the Balkans” (2008-2012). His research interests focus on 19th and 20th century military history, the First World War, the history of Balkan nations and populations, and nationalism in Southeastern Europe.

Deniza Petrova M.A. was a student of Bulgarian studies at the Konstantin-Preslayski University (Bulgaria) before studying history and political sciences at the University of Potsdam. From 2008 to 2012 she was a research associate at the University of Potsdam, and from 2010 to 2012 she was a research associate at the Friedrich-Meinecke Institute at the Free University in Berlin, where she has been a doctoral student since 2013. In a dissertation, part of the project “The First World War in the Balkans” funded by the German Research Foundation (DFG), Petrova is investigating the commemorative culture in Bulgaria in relation to the First World War. In addition to the commemorative culture of the First World War, her research interests include the military coalitions, political alliances and societies in Central and Eastern Europe from the 19th until the 21st century. Additionally, Deniza Petrova maintains an interest and gathers experience in projects and courses relating to digital humanities.

Dr. Oliver Stein is a research associate at the Free University Berlin. His research interests focus on German military history from the 18th to the 20th century. After a dissertation on the politics of German military armament from 1890-1914 at the University of Potsdam, Dr. Stein works on questions of transnationality, intercultural encounters and the history of experience. From 2008 to 2012 he was a research associate with the DFG research project “The First World War in the Balkans” and investigated the German image of Bulgaria from 1878 to 1918. Currently, Dr. Stein works as coordinator of the international HERA collaborative research project led by Prof. Oliver Janz entitled “Making War, Mapping Europe – Militarized Cultural Encounters, 1792-1920” and is writing about German soldiers in the Ottoman Empire from 1755 to 1918.